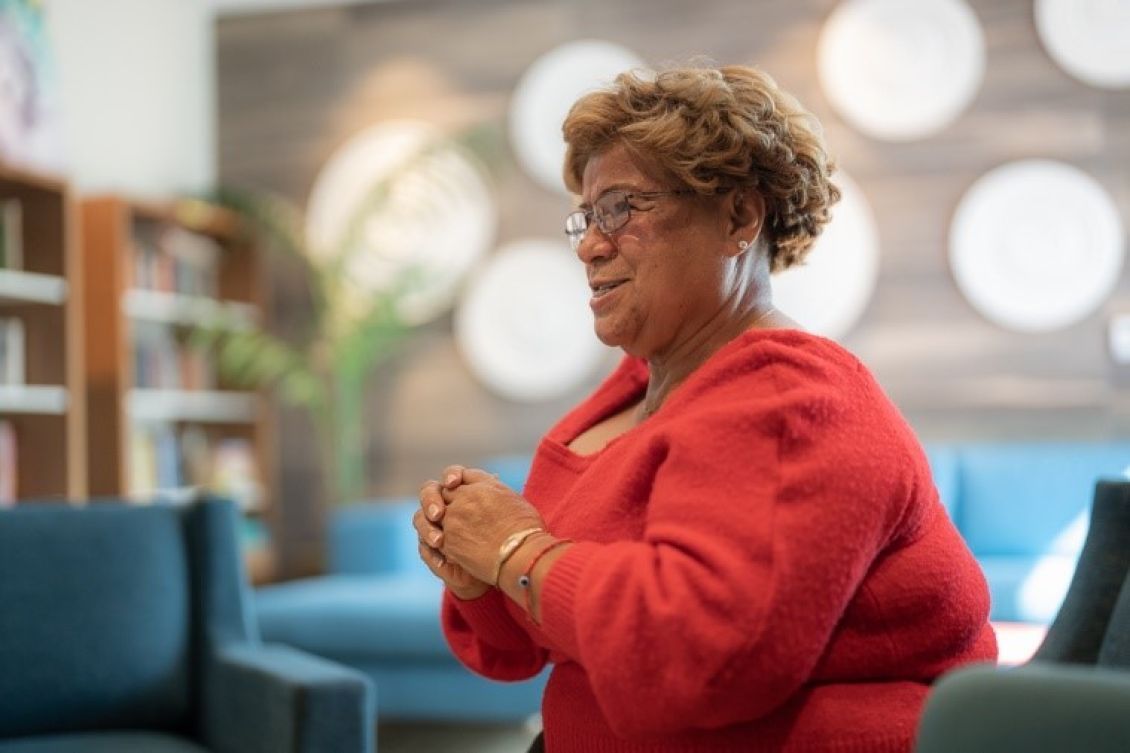 Mariana Jimenez immigrated to the U.S. over 40 years ago from Ecuador. After four decades as a hairdresser in L.A., she’s living out her retirement in one of the city’s most desirable neighborhoods in a community – appropriately – called Movietown.

As a single mom, Mariana often worked seven days a week. She loved her job (if not her aching feet) and was able to finance her daughter’s tuition before retiring a few years ago.

For years she lived in Hollywood, but neighbors’ disorderly conduct made her fear for her safety. After speaking to her social worker, Mariana applied to relocate.

In 2016, she moved into Movietown. At the corner of Poinsettia and Santa Monica Blvd., the new construction of 76 homes for seniors is anchored by a Trader Joes and adjoins three mixed-income, mixed-use properties that include Vietnamese and Chinese Dim Sum restaurants and an Australian coffee shop. 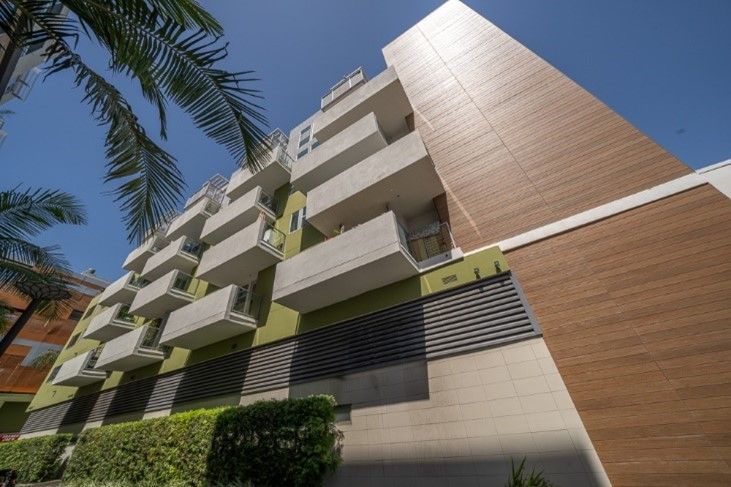 At first blush, West Hollywood would seem like an unlikely destination for a retired hairdresser. Rent for a one-bedroom apartment averages  $4,000 and home prices top $1 million on average. Jesse Slansky, president and CEO of West Hollywood Community Housing Corporation (WHCHC), said, “Renters facing displacement is a huge problem in West Hollywood as the housing stock ages and people remove the housing stock from the market.”

WHCHC, which builds and rehabs affordable homes for lower and fixed-income people, including people with special needs and seniors, is also Movietown’s sponsor.

Certified as a LEED for Homes Gold property (an Enterprise Green Communities equivalent), the apartments at Movietown are thoughtfully designed. Featuring individual balconies and energy efficient dishwashers, the environmentally sound apartments help residents like Mariana save on their energy bills. And the proximity to community resources is a boon. Having a grocery store on the bottom floor, a senior center across the street, and a Target a couple blocks away is convenient for someone like Mariana who doesn’t drive anymore.

The crown jewel of the property is its rooftop terrace. Six stories high, it offers stunning views of Hollywood Hills – a view that could have easily netted top dollar as a penthouse. But the glimmer of the Hollywood sign is there for the taking for any of the fixed-income seniors who call Movietown home. And the deck’s aesthetic experience is rivalled by its functionality: it boasts two barbecues, a flower garden carefully tended by the residents, and umbrellaed tables where a game of cards isn’t uncommon. 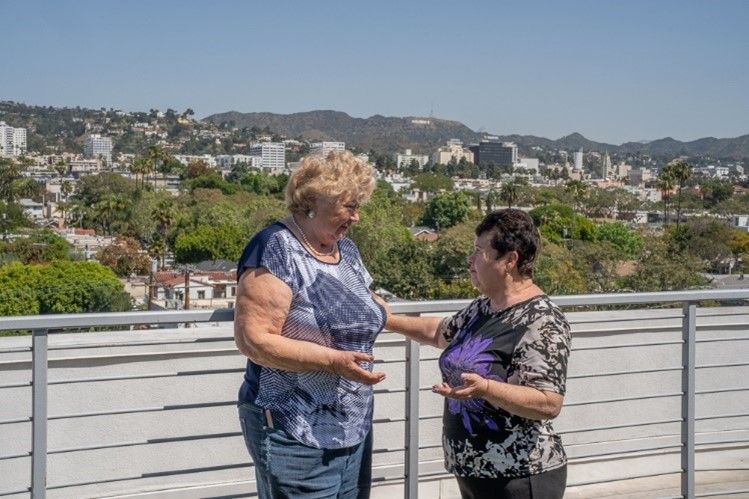 If residents want a respite from the sun, they can take the elevator to the first floor and head out to the shaded courtyard. The area is perfect for neighborly chats or quiet moments. Or Mozart.

At the height of the pandemic, Bella Vodovoz, the resident services coordinator, wanted to replicate a moment played out in Italy. As Movietown’s residents watched from their balconies, a violinist serenaded them from below. For a population predominately at higher risk of severe Covid, it was a meaningful gesture.

“These are my people,” Bella says. “I would do anything for them.”

With a dedicated team of full-time, onsite professionals, WHCHC helps residents live independently by offering physical and mental health care, transportation, food, emergency rental assistance, education and other many services  –  all of which is voluntary and at no cost to the residents.

Of the concert, Mariana says, “music is my medicine,” and of Movietown in general, she says. “It’s my home.” A twist of her journey is that she’s one of the few non-Russian speaking residents. Most of her neighbors immigrated to the U.S. from the former Soviet Union. What could seem like a barrier is hardly daunting to Mariana. Just as her neighbors have picked up bits of her native Spanish, she’s learned some Russian. Indicative of the goodwill she’s established, the Russian word she uses most often is “Spasiba,” meaning thank you.

What’s the secret to her success? “Just be friendly,” Mariana says. “Be happy with the person you’re with.” 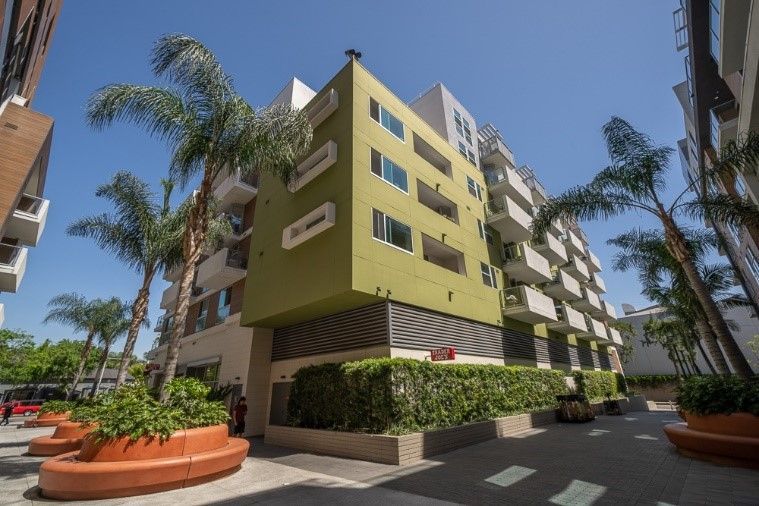