During the Great Migration, many Black people moved to Northern cities from the South to pursue better living conditions and jobs, as Southern states had implemented Jim Crow laws that legalized segregation in public spaces.

But not everyone chose to move north.  Many African Americans lived in small, all-Black towns that served as havens for Black people since the post-Civil War era. These Freedmen’s Towns were built by people who were formerly enslaved to serve as places where African Americans could escape from widespread discrimination and abuse. These were prosperous communities that had Black-owned businesses as well as all-Black schools, banks, hospitals and churches.

As time went on, many of these towns suffered financially and saw steep population decline. And yet, some remain to this day, steeped in Black history and culture. One of these Black settlements is Mound Bayou, also known as the “Jewel of the Delta”.

On a recent site visit to the Mississippi Delta for our Gulf Coast Cohort convening, I learned about the history of Mound Bayou, a town that I had never visited even though I grew up in the Delta. While discussing the many preservation projects that BDT Housing Services Enterprise (BDT),  a community development organization based in Jackson, Mississippi, had been working on, its work in Mound Bayou became the highlight of the conversation.

As a Black person who grew up in the area, I feel that we Mississippians all have a connection to each other and share similar stories from our history. But I didn’t realize that so much of this history is still living in towns like Mound Bayou.

Mound Bayou: Past, Present and Future 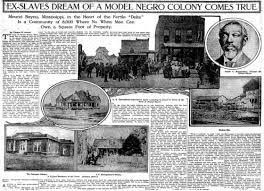 Mound Bayou was founded in 1887 by freedman Isaiah Montgomery, who also served as the town’s first mayor, justice of the peace and postmaster. With the help of James Hill, a Black Republican who served in the Mississippi House of Representatives, Montgomery was able to secure the land to build the town.

But when Jim Crow laws came to an end in Mississippi, many people from Mound Bayou and other Black towns left to pursue greater opportunity in desegregated cities. This exodus created many ghost towns where self-sufficient Black communities once thrived. Those who chose to remain have faced high poverty rates. 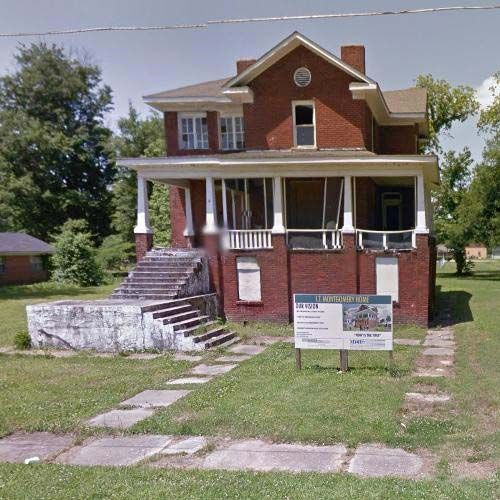 But many people are committed to rebuilding once-vibrant communities like Mound Bayou. BDT has recently acquired the historic home pictured above through Congressional Community Funding. BDT plans to turn the home into a cultural enrichment center that both preserves the history of the home and the community and provides cultural experiences to the citizens of Mound Bayou.

There are also plans in place to develop a new community center in Mound Bayou, a place for children and adults to come together for activities. Restaurants, hotels and a literacy center are also planned to help transform Mound Bayou into a premier destination for heritage tourism. Community revitalization efforts will give locals and tourists alike the opportunity to learn more about the historic people and events that defined the town.

Though only a few all-Black towns remain today, revitalization efforts like those taking place in Mound Bayou are creating an opportunity for visitors and the community to learn about the economic and political freedom that they created for Black residents—and how we can learn from that legacy to build and rebuild thriving communities in the Mississippi Delta and beyond.