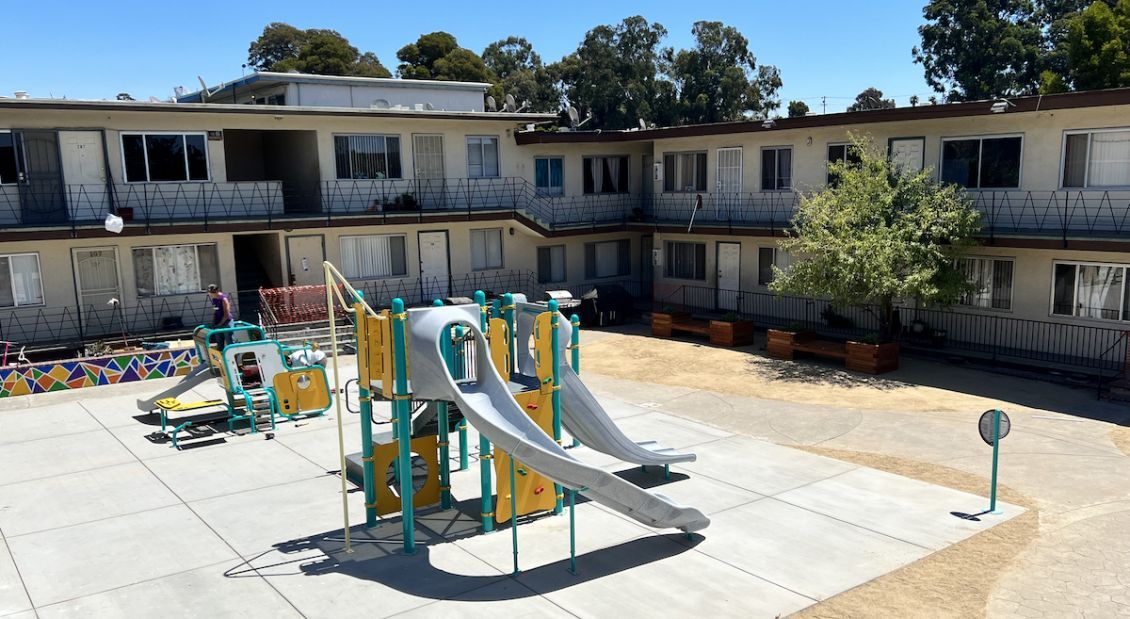 Residents of 2000 36th Avenue, a building in Oakland’s Fruitvale district, were no strangers to unlivable housing conditions.

Over the years, the building had started to deteriorate, and residents grew familiar with placing unanswered calls to the landlord over a litany of issues – rodents, leaky faucets, mold and mildew, and lead contamination – all to no avail.

The owners, rather than making improvements, put the building up for sale, emphasizing to potential buyers the value of increasing current rents to market rate. Such a move would effectively displace the 55 families in the building, many who had lived there for decades.

Between 2012 and 2017, the Bay Area alone lost roughly 32,000 unsubsidized affordable homes like the ones at 2000 36th Avenue each year. Across the region, smaller landlords are selling buildings to investor-owned real estate companies, resulting in fewer affordable options for low-income residents. Often these buildings are in long-term, low-income communities of color or new immigrant communities. It all points to a major gap in how we look to solve the region’s affordable housing crisis.

We have to build more homes, but we have to preserve existing affordable homes as well.

Fortunately for residents of 2000 36th Avenue, a long-standing community-based organization, the Unity Council, stepped in. As a steady community anchor for the city’s Latino population for half a century, the Unity Council has purchased buildings to provide affordable homes and spaces for small businesses and community service providers in Oakland, as demonstrated by their work to stabilize businesses and develop new affordable housing around transit hubs.

Leveraging financing from us at Enterprise Community Partners, the Unity Council bought 2000 36th Avenue and two other properties on the same block with a single pledge: to rehabilitate and stabilize an entire neighborhood, ensuring long-term affordability.

Enterprise and our partners are working in the Bay Area and nationwide to stem the loss of unsubsidized affordable homes by advancing preservation as a long-term affordability and anti-displacement solution. Tenant protections and rent control are important mechanisms for housing stability, but they do not ensure long-term affordability for current residents or result in the affordability of a home if a resident moves out.

In the housing field, the construction of new of affordable housing, though imperfect and deeply under-resourced, is a tried and true system. The same is not true of preservation. The affordable housing developers and community land trusts that are doing this important work lack sufficient access to quick and flexible capital needed to compete in the market. Further, public programs that provide the critically needed low-cost, long-term subsidies to fill project gaps are scarce. And there are only a handful of policies in select regions that make it easier for tenants and non-profits to purchase buildings that are at risk.

If we’re going to make preservation a core strategy for ensuring more homes for more Americans, we need to deliver in three areas: creating better resources, supporting a range of models, and building the capacity of organizations and jurisdictions doing the work.

The first component is resources: the public dollars, capital, philanthropy, and other resources necessary to preserve affordable homes.

Preservation deals often rely heavily on public subsidies; however, these crucial resources are scarce at the local, regional, and state level. We have long advocated for more funding at the local level, through initiatives like the San Francisco Small Sites program and Oakland’s $600 million Measure KK which includes $100 million for the preservation and production of affordable housing. At the state level Enterprise, along with the Stable Homes Coalition here in California, championed a $500 million California budget request this year to provide the critical subsidy source needed for preservation projects. While this program, the Community Anti-Displacement and Preservation Program was included in the California legislature’s final budget proposal, it was eliminated in the final hours of budget negotiations in July. This underscores and motivates our work to continue to advocate for more public resources for preservation every level.

At Enterprise, we also provide preservation specific debt and equity products. That includes the Bay Area Preservation Pilot and the Housing for Heath Fund, as well as lines of credit through Equitable Path Forward  for the acquisition and preservation of at-risk buildings in Northern California. We are also heartened by the work of our partners like LISC and SFF, who have invested in initiatives like the Partnership for the Bay’s Future Fund.

The second component of Enterprise’s preservation approach is advocating for a range of approaches to preservation.

To bring preservation to scale, we must lift up a diverse set of development models and building types, from rental housing to shared equity models, from small 1-4 home sits all the way up to 90-unit single room occupancy communities, all with an eye toward figuring out how the properties can be owned and operated as affordable homes by mission-driven stewards for generations to come.

Doing so involves supporting a broader array of place-based nonprofit developers, like Mission Economic Development Agency in San Francisco or the East Bay Asian Local Development Corporation in Oakland, both of which need more consistent and long-term access to subsidies and financing needed to acquire at-risk properties and help stem the tide of displacement.

We want to facilitate ways for larger nonprofit developers or mission driven for-profit developers to also engage in the work in order to bring preservation to scale, whether in partnership with smaller emerging organizations or alone. One thing is certain: Unique innovations that combine approaches to create more stable, more robust communities are needed.

The third and final component of preservation that Enterprise is prioritizing is capacity building.

In acknowledgment that the preservation field is still budding, in November 2022, Enterprise will launch the Preservation Next California Academy, an initiative to catalyze and support preservation and housing stability efforts. Through the delivery of a Preservation Toolkit and a training academy for developers, paired with technical assistance and grant support, Enterprise is supporting developers in stabilizing the nation’s existing stock of affordable homes and the families that depend on them.

In addition, as part of our capacity building approach, we provide funding and training to small organizations to help advance a preservation agenda on their own terms. We steward HUD’s Section 4 program, which provides support for community development organizations. In 2020 we launched Equitable Path Forward, a five-year, $3.5 billion nationwide initiative to help dismantle the legacy of racism in housing. Indeed, the Unity Council receives a line of credit to accelerate its preservation work through our Equitable Path Forward program.

Enterprise is also supporting the Partnership for the Bay’s Future, a collaborative effort to protect, preserve, and produce affordable housing in the Bay Area. And we’re partnering with Coro Northern California and the San Francisco Foundation to deliver technical assistance to 11 selected fellows embedded in public agencies as they implement bold, equity-focused affordable housing solutions across the region.

To truly bring preservation to scale, we must increase access to preservation resources, lift up a diverse set of development models and building types, and support mission-driven developers in their capacity to develop, own, and operate these affordable homes for generations to come.

As for the residents of 2000 36th Avenue, a combination of community organizing, private capital, and local know-how are ensuring that residents have homes that are affordable over the long-term. It’s time that this opportunity exists for every family in the Bay Area.