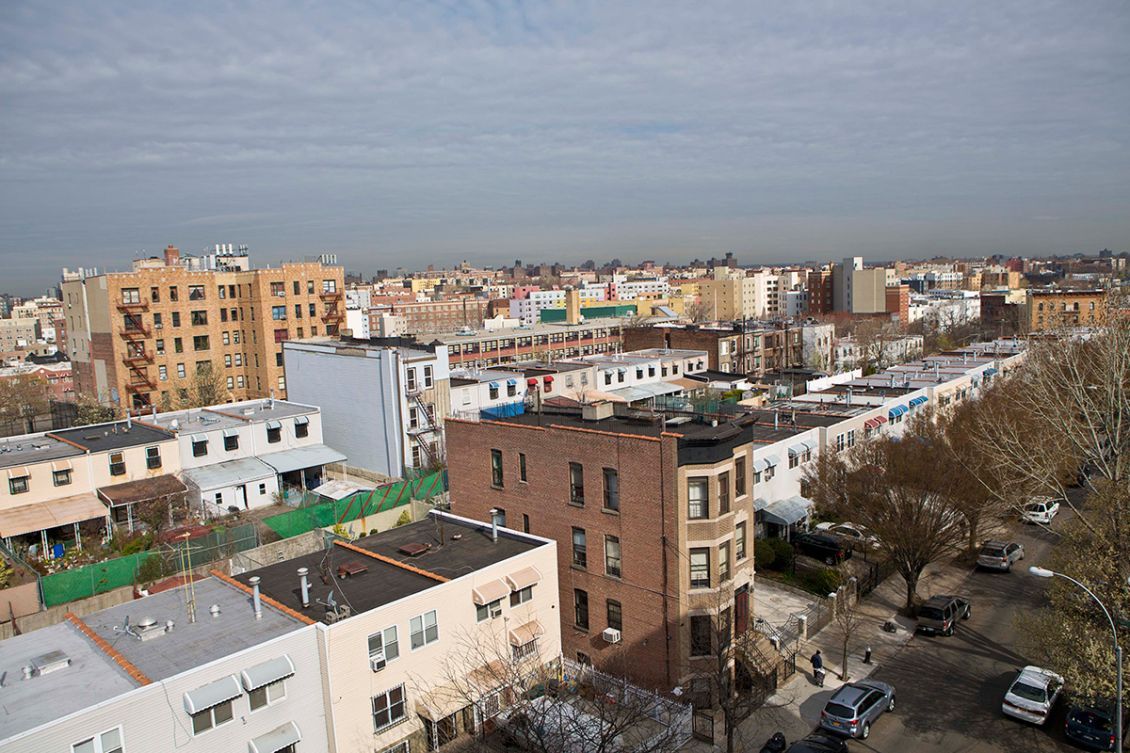 Each year, an estimated 600,000 Americans are released from custody by the criminal legal system and granted an opportunity to renew and rebuild their lives as private citizens.

Yet, many justice-involved persons face challenges meeting even their basic needs, including housing and access to community services. A lack of decent housing, in turn, exacerbates barriers to finding employment and can increase the chances of the formerly incarcerated becoming homeless and having future involvement with the legal system.

Given the higher rates of justice involvement among Black, Indigenous and other people of color (BIPOC), any barriers to accessing housing following an incarceration can only exacerbate existing racial and ethnic disparities in housing outcomes. These include securing affordable and stable housing in neighborhoods with access to the employment and health services necessary to support successful reentry.

The Link Between Race and Justice Involvement

Our current system of mass incarceration, combined with historical, discriminatory policies and the discretionary processes of the system, disproportionately impacts people with low incomes and communities of color, through more arrests, convictions and longer sentences. These structural inequities disproportionately affect Black communities.Black males in particular are overrepresented in our prisons and jails and are more likely to be policed and arrested compared to white people.

The systematic criminalization of Black, Brown and low-income people is also reflected in spatial concentrations of incarceration. A variety of research projects have tracked these localized patterns of incarceration; many were spurred by the findings of the “Million Dollar Blocks” project, which traced spending on incarceration to the neighborhood level. This project found that, in many of the country’s biggest cities, states spend more than a million dollars a year to incarcerate residents of single city blocks. A 2019 study revealed that Los Angeles County spent more than $2.5 million to incarcerate Black residents of five specific neighborhoods, including two neighborhoods where the County had spent at least $6.5 million per neighborhood.

The impacts of legal system involvement are far-reaching. They extend across generations and can have particularly lasting consequences that make it difficult to afford and access housing. People with a history of justice involvement experience a range of barriers in the housing market, especially regarding housing discrimination, which undermines mobility for families across generations. The National Inventory of Collateral Consequences of Conviction identifies nearly 1,300 criminal record-related barriers to housing access across state and local jurisdictions, and 26 barriers at the federal level which further restrict housing access. A study found that 79 percent of formerly incarcerated people and their families reported being denied housing due to a criminal conviction.

This reality is coupled with the fact that people leaving incarceration are 10 times more likely to be homeless than the general public. While the risk of homelessness is highest in the two years immediately following detention, it persists for years beyond that. This exacerbates the cyclical nature of incarceration and the community-wide intergenerational implications it has on families, as nearly half of children in America have a parent with a criminal record. The effect of housing barriers on homelessness and housing insecurity, coupled with the generational effects on poverty, demonstrate a significant need for housing to ensure successful reentry.

The Biden-Harris Administration last April announced a set of new actions intended to break the cycle of incarceration by improving reentry services for individuals with prior involvement in the criminal legal system, including access to housing. As part of this effort, the Department of Housing and Urban Development began a six-month review of all existing regulations and restrictions in order to identify barriers to and options for improving housing access for justice-involved persons.

These actions recognize that housing has the potential to disrupt these harmful cycles, including initial interactions with the criminal legal system and recidivism. This framing presents the opportunity to make a genuine difference at the intersection of housing and criminal legal reform.

At Enterprise, we work to elevate promising housing models, expanding proven solutions so people formerly incarcerated have safe, stable homes as they return to their communities and rebuild their lives. Through our work, we have organized a series of trainings and workshops dedicated to equipping housing providers with the resources to create more housing opportunities for people formerly incarcerated. Among these strategies is the need to elevate housing policies that reduce barriers to accessing housing, such as fair housing regulations.

Cities like Seattle, Detroit and Washington D.C. have already passed variations of Fair Chance policies intended to end housing discrimination and improve access to housing for people with conviction or arrest records. Progressive policies like these can support successful reentry and access to housing so that people impacted by the criminal legal system have safe and stable homes to which they can return.

Given the discriminatory impacts of the criminal legal system, Fair Chance policies are also essential to advancing racial equity in housing outcomes. Prohibitions on the use of illegal ground checks by property owners, for example, can ensure that prior involvement in the legal system is not used as a proxy to perpetuate racial bias in the provision of housing. To learn more about the impact of Fair Chance policies across the country, check out this publication. And to stay engaged with our work on Housing as a Pathway to Justice, check out our blog series, where we post about different training opportunities.

We encourage all who believe in creating a just society to read, discuss and share the PARE blog series as we learn and act to address the impacts of housing policies on racial equity in America. We also invite you to join us in this conversation by suggesting additional topics and sharing resources for how we can advocate for greater racial equity. If you would like to offer feedback on our body of work, please reach out to the Public Policy team. You can also check out our  blog and subscribe to our daily and bi-weekly policy newsletters for more information on Enterprise’s federal, state and local policy advocacy and racial equity work.