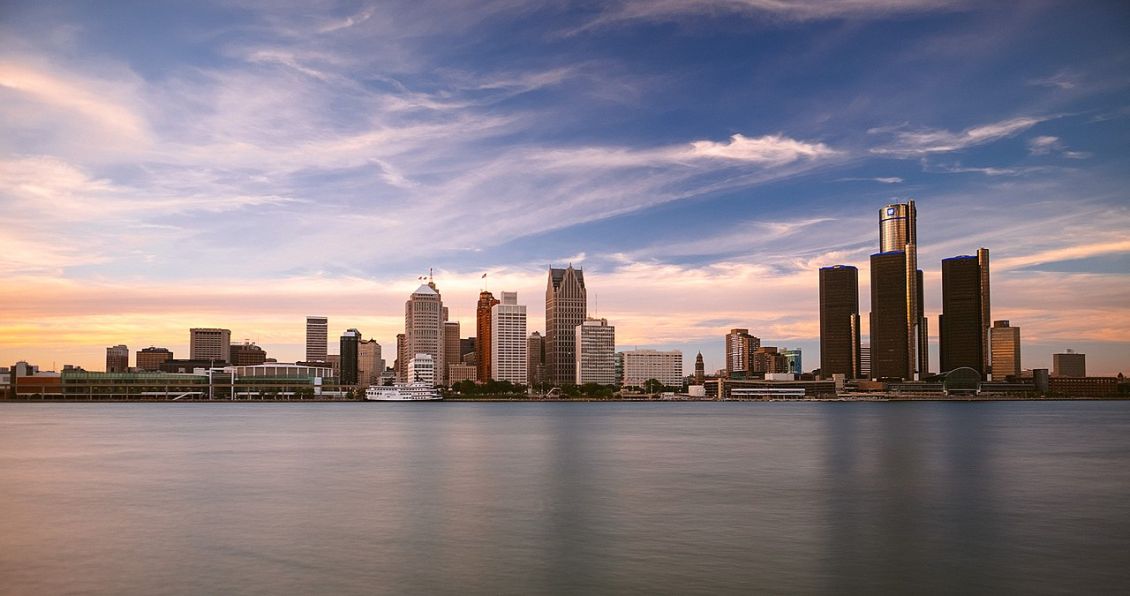 In the city of Detroit, land contracts – a home purchasing tool often used for buyers or homes that don’t qualify for traditional lending – outnumber conventional mortgages.

While such contracts have a long history of fraud and predation, Enterprise partnered with the city of Detroit and University of Michigan’s Poverty Solutions to launch a Land Contract Buyer Guide that lays out how, with certain protections, land contracts can be a successful path to homeownership. 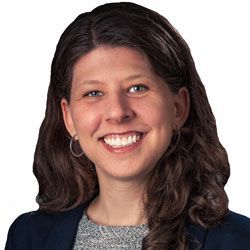 Our Evelyn Zwiebach is one of the guide’s co-authors, and in this Enterprise Q&A explains how land contracts might be reimagined.

Enterprise: Evy, what is a land contract and is it a good or bad thing when it comes to the affordable housing landscape?

Evelyn Zwiebach: A land contract is an agreement between a seller and a buyer, and it’s considered a non-traditional way of buying or selling a house. There’s no bank or mortgage involved; the seller and buyer come to an agreement, and the buyer pays off the house in installments, sometimes in just a few years or 10 or 20 years.

Is it good or bad? That’s a complicated question. Historically it’s probably been more of a bad thing. Land contracts have a well-earned notoriety for being used in predatory ways, extracting wealth from buyers primarily in Black communities. Though they date to the mid-1800s, land contracts had a resurgence in the era of redlining when commercial banks wouldn’t lend to Black buyers. The problem was that they were often designed to fail – a buyer would make 29 years of payments, and then there’d be a trapdoor or a hidden clause or other built-to-fail mechanism and they lost their entire investment.

But over the past few years, our team has been researching some new and innovative approaches to land contracts here in Detroit, where they continue to be used regularly because of the lack of lending. We think that with the right protections, the right sellers, and the right legal structure, such contracts can be used successfully to achieve homeownership.

Enterprise: Why is mortgage financing still hard to come by in Detroit?

EZ: It’s often a combination of factors. In some cases, buyers have poor or no credit. Sometimes it can also be due to the condition of the home – if there’s deferred maintenance and significant repair issues, those homes wouldn’t pass inspection and banks won’t lend for a home in that condition. Some homes are just too low-value; a bank won’t make much money when the sale price is just $15,000. And of course banks still view many communities as too high-risk; the legacy of redlining is strong, and there’s continued bias in how banks approach lending in predominantly low-income, Black-majority cities like Detroit.

Enterprise: Are there any benefits to land contracts?

EZ: Absolutely. The term, on average, is shorter than a conventional mortgage – 10 years or shorter – so if you’re successful, you can own your home more quickly. Since it’s a negotiated agreement, sometimes the terms are more flexible than a mortgage, allowing a minimal or no down payment or accommodating buyers with poor credit. And for some people, it’s an opportunity to put in sweat equity, to buy a house that might not qualify for a loan and fix it up over time.

Enterprise: If I’m a buyer with a land contract, am I building equity?

EZ: It’s not a simple answer. As a buyer in a land contract, you don’t hold full title to the property until you pay off the whole thing. If a buyer successfully pays off the land contract, they will have built equity over the term of the agreement. But if the buyer misses a payment, is late, and can’t catch up, they can lose everything they’ve invested, including the principal they’ve paid down to-date. Buyers also don’t have the same foreclosure protections as someone who has a traditional mortgage. Most often it’s a forfeiture process, so the buyer just loses everything.

Enterprise: So how is this guide meant to help?

EZ: Our group believes that land contracts need policy reforms to prevent predatory sellers from exploiting buyers. At the same time, we also need to empower buyers and inform them about their rights and the risks and benefits of land contracts. This guide explains how the protections differ for buyers in a land contract versus a mortgage; tells buyers what to look for in a contract; explains how to approach the process; and outlines where to find assistance.

While land contracts often appear to be a simple buyer/seller agreement, they can be complex. In fact, some predatory sellers capitalize on this confusion. Agreements use different terms that are intentionally confusing, or sellers insert language – like calling the buyer a tenant – that then creates fewer protections for the buyer. This guide is meant to help people spot and understand these kinds of traps. It’s the most comprehensive one available, and we’re excited to keep building on it.

Enterprise: Okay, so what does a good land contract look like?

EZ: Clear terms and conditions are the most important things. The contract should lay out the buyer and seller responsibilities clearly, as well as basic information. We’ve seen land contracts that don’t include the purchase price, the interest rate, and might not even have the legal address. So a good land contract has clear legal descriptions, the term and interest rate, the monthly payment, and clearly identifies the buyer and seller. We’ve seen instances where the seller is not actually the owner and doesn’t have title to the property, so we encourage buyers to do a title search and get that information.

Finally, it’s important to have a land contract recorded. There’s currently no requirement to do so in Michigan, but it really comes down to getting everything on paper and clearly documented so the buyer has a record of what they have and have not agreed to in case there’s a dispute with the seller and the seller claims the buyer hasn’t complied with the terms of the contract.

EZ: If a land contract is intentionally set up for failure, not only is a buyer not achieving homeownership, they’re likely falling even farther behind when it comes to their housing and economic security. This guide is about stanching the bleeding and preventing this loss of wealth. But from a more positive point of view, this guide is also a pathway that shows when land contracts are structured successfully, they can be a pathway for ownership and upward mobility for people who would not necessarily have access to the wealth-generating opportunities of homeownership. Given the prevalence of land contracts, if we can make them better, it could really move the needle in a city like Detroit.

Learn more about our team's work in Detroit. 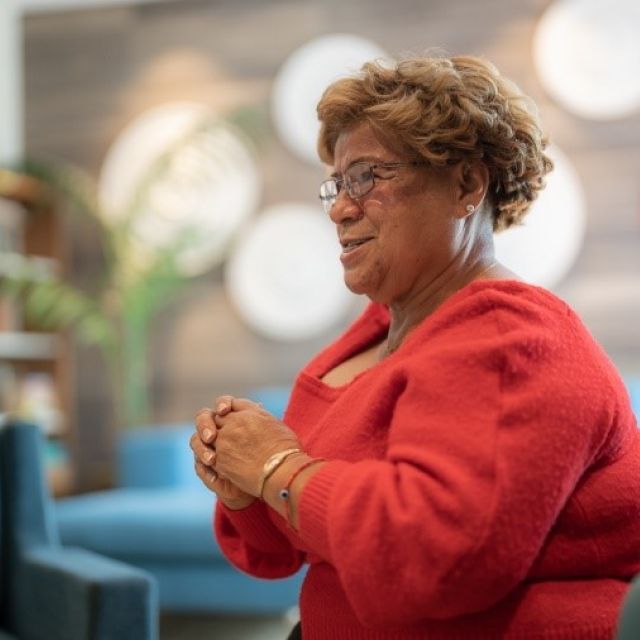 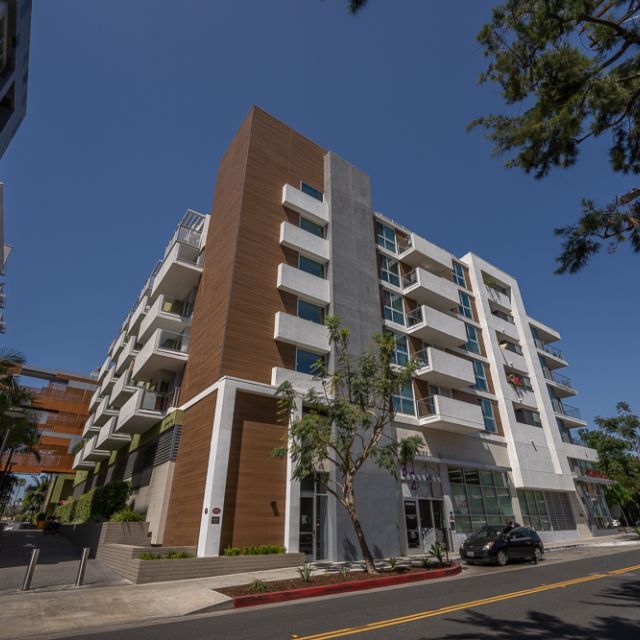