We are pleased to announce five new members to our Northern California team.

Our new colleagues will work on Homekey, preservation and Central Valley programs and policy. 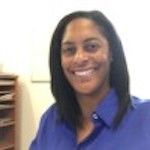 As a director, Shanon oversees Enterprise’s programmatic and technical assistance work for Homekey, a signature program in California to acquire and rehab hotels, motels and commercial spaces for people experiencing homelessness.

Shanon recently worked as a director of asset management at BRIDGE Housing Corporation, overseeing the long-term sustainability of an operational portfolio of more than 100 affordable housing developments.

In this role she also managed BRIDGE’s greening initiatives and spearheaded the creation of a new business entity called BRIDGE Aggregate Solar Company (BASC), a $2.1 million project that combined the use of state grant funds, debt and equity financing to fund and install solar photovoltaic systems on seven affordable housing developments in California.

Shanon has worked in affordable housing asset management for several years in both Northern and Southern California, with a career focus on improving the lives of vulnerable populations, including people experiencing homelessness, transition-aged youth and people with special needs.

Fun fact about Shanon: Shanon enjoys playing golf and has golfed on two continents to date, North America and Africa. 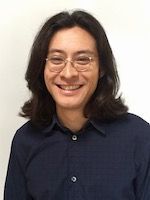 As a program officer, Julian will support Enterprise’s programmatic and technical assistance work for Homekey, a signature program in California to acquire and rehab hotels, motels and commercial spaces for people experiencing homelessness.

Julian received his master’s degree in City Planning from UC Berkeley in 2021. While in graduate school, he worked at the Terner Center for Housing Innovation, where he collaborated on projects exploring ways to facilitate residential development through single-family lot splitting, accessory dwelling unit construction and zoning reforms.

His master’s capstone project consisted of a collaborative white paper on a local community land trust’s use of prefabricated housing to deliver affordable homeownership opportunities to a disaster-prone area and is currently published on Fannie Mae’s website.

Prior to graduate school, Julian worked in fund development for a nonprofit community development and neighborhood service organization in Brooklyn.

In this role, he managed the submission of more than 100 grant proposals and reports each year to help secure funding to serve thousands of low-income residents of East New York.

Fun fact about Julian: When he was young, Julian was obsessed with extreme weather and natural disasters and wanted to be either a meteorologist or vulcanologist when he grew up. 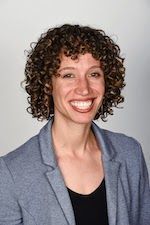 Caroline recently worked as a senior project manager at the San Francisco Mayor’s Office of Housing and Community Development managing the city’s housing acquisition and anti-displacement financing portfolio, including the $170 million Small and Big Sites Program and the $260 million Preservation and Seismic Safety Program.

Prior to that, Caroline worked at the California Housing Partnership Corporation overseeing energy efficiency policy reform through research, policy papers, and practical developer guides to increase access to energy efficiency tools and resources.

Caroline was inspired to pursue a career in affordable housing and community development while working at the YWCA in Madison, Wisconsin, with women and families experiencing housing insecurity.

Fun fact about Caroline: Caroline is an avid runner and loves exploring the seemingly endless running trails and paths that the Bay Area has to offer (sometimes with her toddler in tow!). 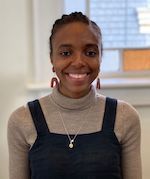 As a fellow, Anaïse supports two programs in our Northern California office, Preservation and Region Initiatives. Our preservation program focuses on the acquisition and rehab of unsubsidized affordable housing as a proven community stabilization strategy.

Our regional work focuses on building the housing infrastructure needed to advance affordable housing production, preservation and protection strategies in the Bay Area.

Anaïse recently completed her master’s degree from the Department of City and Regional Planning (DCRP) at UC Berkeley. At DCRP, Anaïse honed her quantitative and qualitative research skills both in the classroom as a graduate student instructor and during her time at the Terner Center for Housing Innovation where she worked on a range of projects from analyzing the role of zoning on multifamily housing development in California to place-based planning initiatives that center community ownership.

Before graduate school, Anaïse worked as a case manager at a women’s shelter in Boston, where she guided participants in their housing search and helped them navigate complex bureaucracies and structural barriers on their path towards stability.

Fun fact about Anaïse: When Anaïse was a child, she used to call out to the moon to ask where it was every evening, until the full moon came around. 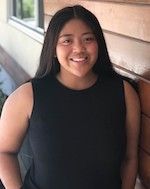 As a fellow, Brenda supports our growing body of Central Valley-specific programmatic and policy work that aims to build the regional housing infrastructure needed to solve the housing and displacement crisis and secure funding, financing and other resources to advance affordable housing production, preservation and protection strategies.

Brenda recently received her master's in City Planning from UC Berkeley where she learned more in-depth about community engagement and development. As a graduate student researcher, she assisted with research on small rental property portfolios in the U.S. and the role they play in the housing market.

Before graduate school, Brenda worked with former Stockton Mayor Michael Tubbs’ Office on a range of projects including ADU implementation, accessibility to public meetings and outreach for community insight on employment and small business barriers.

Fun fact about Brenda: When Brenda was a kid, she wanted to be a fighter jet pilot but never grew tall enough to meet the height requirements.

Northern California
Back to Top