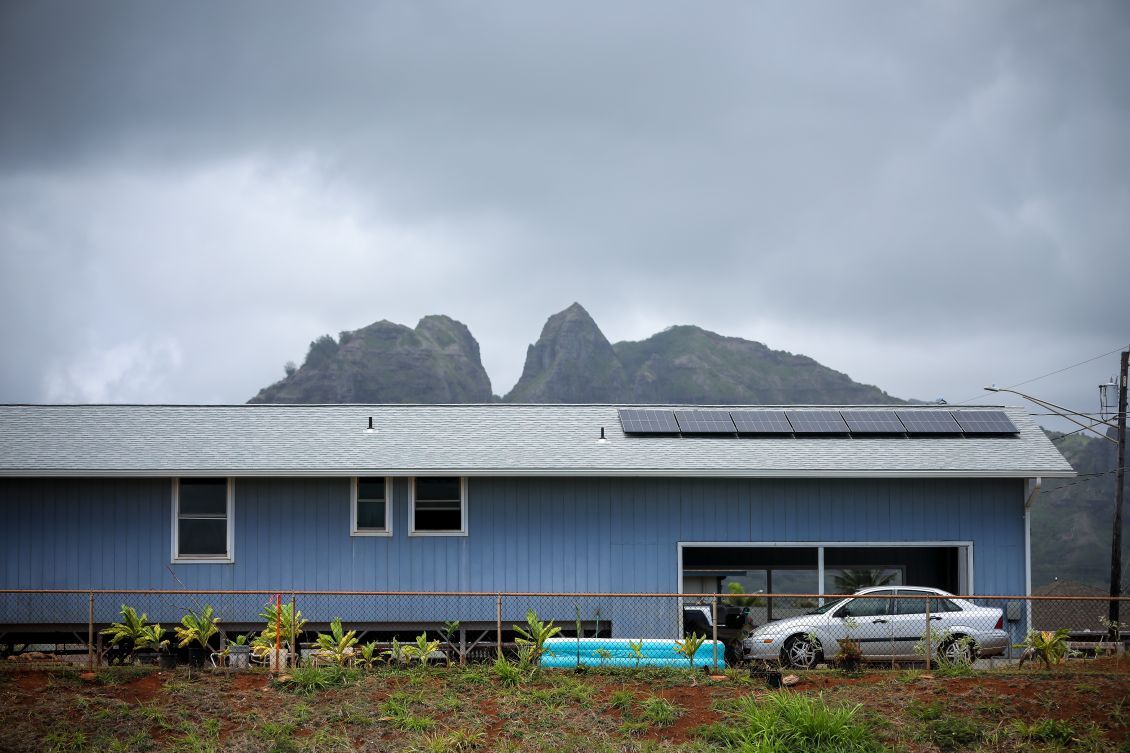 One of the homesteads built by the Department of Hawaiian Homelands on Kauai. | Photo: Jonathan Moeller

We need to talk about Hawaiian homesteads, or trust land set aside for Native Hawaiians. This often-overlooked issue is putting a strain on generations of Indigenous families and impacting their quest for decent affordable homeownership on the Hawaiian islands to this day.

Enterprise Community Partners’ Tribal Nations and Rural team learned a lot of this history of Hawaii on our trip to Anahola this spring as part of the USDA Rural Placemaking Innovation Challenge grant.

At the end of the 19th century, while Native American tribes were grieving the Massacre at Wounded Knee, Native Hawaiians were also mourning a great loss. The Kingdom of Hawaii was overthrown by an American-aligned committee of missionary families in 1883, and eventually annexed by the U.S. in 1887, ending the reign of the beloved Queen Kaluhio’kalani.

In the next few decades, Prince Jonah Kuhio Kalaniana'ole—who would have been in line for the throne of the Kingdom of Hawaii—was traveling throughout the U.S. and encountered the reservation lands that Congress set aside for Native Americans living there.

Wanting to make sure that his people had the same land rights guaranteed to them, he began drafting the Hawaiian Homes Commission Act in 1920. He managed to convince lawmakers in Congress in 1923 despite the fact that Hawaii was not yet a state and had no voting powers.

What is the Hawaiian Homes Commission Act? Essentially, it designated lands in trust for Native Hawaiians with 50 percent or higher blood quantum.

Land totaling 200,000 acres was set aside for homestead lots that could be used for residences, agriculture, ranching, or public purposes like schools and churches that served Native Hawaiians.

Unfortunately, Prince Jonah died shortly after the act was passed and was not around to ensure that regulations were in place to guide the state's administration of the trust. Over the next century, the agency managing Hawaiian lands had little oversight and would lease the land for commercial purposes, sugar cane plantations or other uses not in accordance with the goals of the act.

At first, Congress was not confident Native Hawaiians could manage their own land, so they conducted a pilot to test the success of the Hawaiian Homes Commission Act. The first Native Hawaiian families to be given a homestead were brought to a plot on Moloka’i Island, a rocky terrain off the coast of Maui.

One of the stakeholders Enterprise met through our work was Kammy Purdy, a Native Hawaiian homesteader and board member of the community organization Homestead CDC. Her great-grandfather was one of the first 13 native Hawaiians given a homestead in 1923.

These families had to labor every day to turn the rocky soil into viable agricultural and ranch lands. But because Kammy’s family was able to persevere, the government continued the program and thousands of Hawaiian families today have their own home.

Although Native Hawaiian families still have to purchase or build their homes when they have been awarded their allotment, the cash savings are significant, and the benefits can be passed down to their children. With resort rental properties driving up the cost of living, Native Hawaiians and their families often rely on their allotment to afford to live on their ancestral home islands.

Dying on the Waitlist

Today, there are over 200,000 acres of trust land managed by the Department of Hawaiian Home Lands (DHHL), but only 10,000 homestead allotments. Over the years this land has instead been leased without the consent of Native Hawaiians, or the state says there has not been enough funding to develop homes.

Since 1996, Congress has provided federal funding for low-income Native Hawaiians to DHHL through the Native Hawaiian Block grant, totaling $150 million.  But unlike the Indian Housing Block Grant, the administration of these funds is left not to tribes as representatives of the will of their people but to the state government.

One hundred years after the passage of the Hawaiian Homes Commission Act, there are still 29,000 qualifying Native Hawaiians on the waitlist to receive their own land. This only includes individuals who meet the 50 “blood quantum” requirement, a standard of proof higher than what is used for determining benefits available to many other tribal nations. Requiring blood quantum increasingly excludes descendants of mixed race even if they were raised in Hawaiian culture.

On the Enterprise trip, we met Liberta Alboa, one of 5,500 Hawaiians on the waitlist from Kauai. Seventy-eight years old, she has been waiting to get her allotment since she was 18.

In a state where the annual income needed to afford a two-bedroom apartment is $78,401, there are dozens of Hawaiian elders who die each year waiting to receive their allotment. If they are not given an allotment during their lifetime, there is no mechanism to pass their homestead rights on to any children they may have who do not meet the blood quantum requirement.

In 1999, Alboa was part of a class-action lawsuit to against the state for the mismanagement of trust lands without the consent of the beneficiaries. They won in the Hawaiian Supreme Court, and as of April 2022 a historic settlement of $328 million was finally reached. The settlement was made in part to cover the cost of renting a home while on the waitlist. Although it is a huge step forward, 953 of the original 2,700 Native Hawaiians part of the suit have since died without receiving their allotment.

Up until recently, the Department of Hawaiian Home Lands (DHHL), an agency of the state of Hawaii, was solely responsible for managing the trust relationship. In 1987, the Sovereign Council of Hawaiian Homestead Associations (SCHHA) was founded to represent Native Hawaiian homesteaders and advocate for self-determination and sovereignty across all Hawaiian islands. SCHHA and others have been pushing for more accountability for DHHL from the federal government and more agency for homestead associations themselves to set priorities.

For 90 years, DHHL ran the Hawaiian Homes program without a single federal regulation in place to guide fair, expedient, or quality management.

In 2016, President Obama, who was born in Hawaii, implemented the first federal regulations for the Hawaiian homes program, which included land management and mechanisms for further amendments.

Like the movement for self-determination in Native American policy over the last few decades (including housing), SCHHA and Native Hawaiians want to have more direct management of their lands, homes and federal programs intended to benefit Native Hawaiians.

There is reason to believe this would lead to better outcomes for Native Hawaiians themselves, such as how self-determination has largely been successful in the lower 48. In 2020, the Honolulu Star-Advertiser and ProPublica were investigating the issues facing Hawaiian homesteaders and found that roughly one in 5 unsheltered homeless people in Oahu were eligible for the homestead program and 7 percent were on the waitlist.

The fate of major policy decisions affecting the homes program now lies with the Department of Hawaiian Home Lands. A bill passed by the state legislature in May 2022 would inject $600 million into DHHL to address ongoing issues, move families off the waitlist, and fulfill its trust obligation. Legislators granted the department flexibility to allocate the funds before 2025; now advocates hope to hold the department accountable to fairly and expediently spend the funds.

During our site visit, Enterprise heard that Native Hawaiians have felt invisible to other residents of their state and to the rest of the country. As the Hawaiian Homes Commission Act approaches its 100-year anniversary, let us call for collective action, additional resources and more responsible oversight.

We encourage all who believe in creating a just society to read, discuss and share the PARE blog series as we learn and act to address the impacts of housing policies on racial equity in America. We also invite you to join us in this conversation by suggesting additional topics and sharing resources for how we can advocate for greater racial equity. If you’d like to offer feedback on our body of work, please reach out to the  Public Policy team. You can also check out our blog and subscribe to our daily and bi-weekly policy newsletters for more information on Enterprise’s federal, state and local policy advocacy and racial equity work.