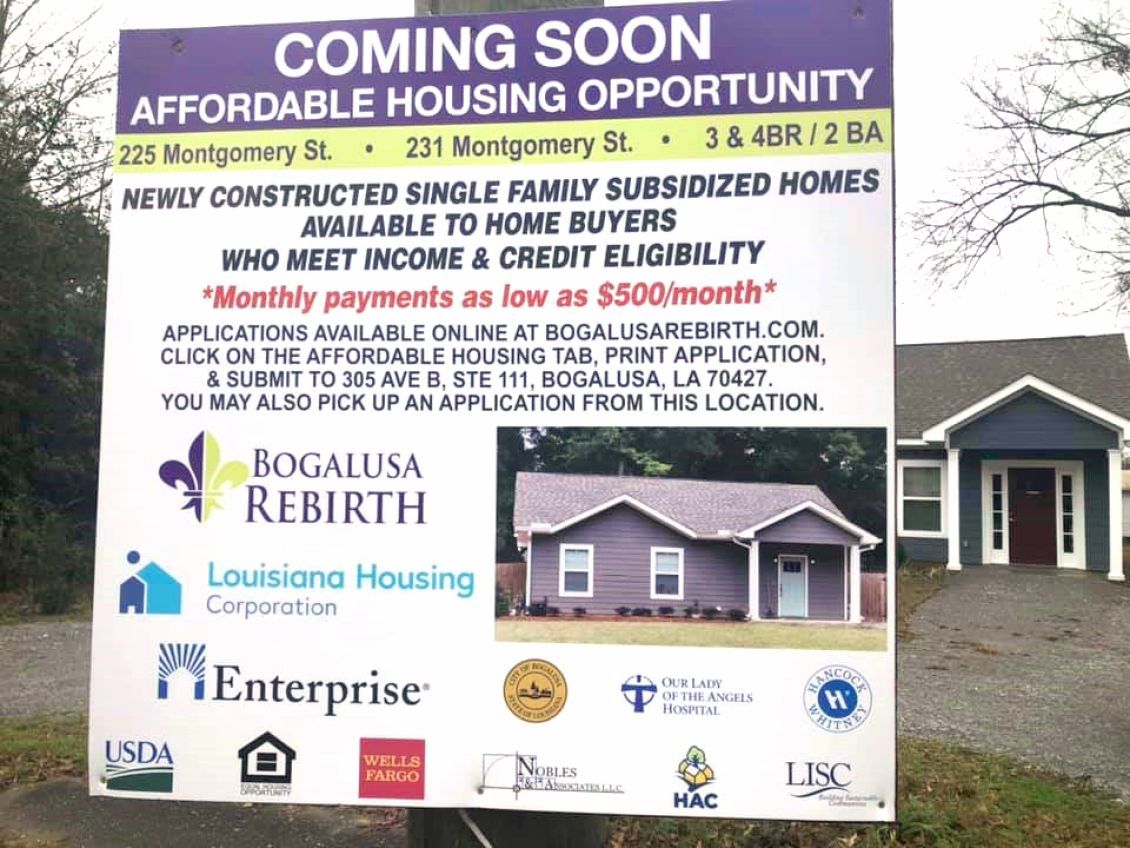 Bogalusa Rebirth recently sold their first HOME-funded homeownership unit. The help of a recent capacity building grant from Enterprise was key in hiring a homebuyer coordinator who guided this first-time homebuyer through the process of becoming a homeowner.

Bogalusa Rebirth first received their Community Housing Development Organizations (CHDO) certification in 2017 through the Louisiana Housing Corporation (LHC). This designation helped them gain access to funds set aside by the Department of Housing and Urban Development for nonprofit, community-based service organizations that develop affordable housing.

With this key funding and the help of the Enterprise capacity building grant, the organization was able to hire additional support staff, which allowed the executive director to focus more on development projects. Bogalusa Rebirth’s mission is to develop decent, safe and sanitary housing while eradicating blight in their oldest neighborhoods.

Like other old small towns and cities in the rural south, the battle for civil rights has been a struggle in the city of Bogalusa. The civil rights work focused on mobilizing and organizing against racial segregation and voter disenfranchisement. White families began to leave due to changing racial demographics, resulting in disinvestment and unemployment rates for Black families who integrated these neighborhoods.

Today, the basis of the organization’s applicant pool is 90 percent Black, with the vast majority living below 50 percent of the area median income. The population is continuing to decrease, resulting in blighted properties and families who are sinking further into poverty. In present- day Louisiana, the total homeownership rate is 69.1 percent. The racial disparity is clearly seen when broken down by demographics. The homeownership rates for white people in Louisiana is 75.4 percent, while it is only 51.8 percent for Black people. Bogalusa Rebirth remains focused on addressing the racial disparity through their long-term strategic planning and homeownership program. 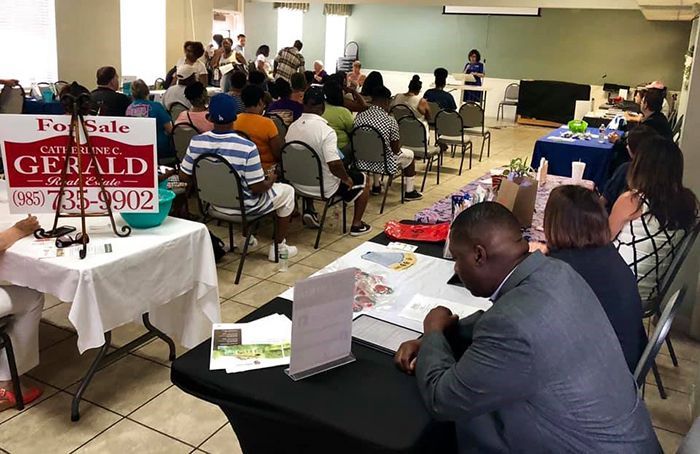 Bogalusa Rebirth hosts an annual housing fair to bring housing resources to its most underserved residents. “Our biggest challenge has been identifying eligible homebuyers who meet the income and credit qualifications. Primarily, the lending guidelines and credit score have been most challenging. Generally, applicants who meet the HUD income limit are not credit ready for their mortgage,” says Wendy Williams Dupont, Bogalusa Rebirth executive director.

Both the executive director and executive assistant have been educating themselves through webinars and study manuals to prepare to become a HUD-certified counseling agency, as they see that the counseling arm is key to their clients achieving the goal of homeownership.

Bogalusa Rebirth has been able to serve more than 25 families with homebuyer counseling. They sold their first CHDO home to a 21-year-old single head of the household who was working and attending college.  She received down payment assistance from the Louisiana Housing Corporation. LHC’s Non-Profit Open Cycle Affordable Housing Program, (NOAH) program was utilized for construction of the homes, as well as an Enterprise Recoverable Grant as interim construction financing, to develop their first two homes which also included the demolition of a blighted house.

“We are able to sustain this program because we have received our second notice of award for additional Section 4 capacity funding through Enterprise as well as additional construction funding utilizing Louisiana Housing Corporation’s CHDO Annual Awards Program (CHAAP). The boost that these capacity building grants have provided will allow us to bridge to the sustainability through the expansion of and reuse of HUD funds included in the HOME program. We have commitments to build eight single-family affordable homes over the next two years,” says Wendy.

Bogalusa Rebirth was also recently selected to participate in the Rural Mississippi and Louisiana Capacity Building Cohort, a cohort of seven community development organizations who will receive technical assistance and training to build up their capacity for single family development in their communities over the course of a six-month period.

“The team at Enterprise has been very helpful in assisting our efforts. Monica Gonzalez, senior program director, has always been one call away when we need technical support,” says Wendy.

Gulf Coast
Back to Top