On December 23, Enterprise submitted comments to the IRS on the proposed rule to implement the Low-Income Housing Tax Credit’s (Housing Credit’s) Average Income Test (AIT). To qualify as a Housing Credit project, an owner must provide a minimum number of affordable units in each property, referred to as a “minimum set-aside.” The AIT is one of three minimum set-aside options, allowing projects the flexibility to serve households earning as much as 80 percent AMI, so long as the average income in the property is 60 percent or less of AMI. In its comments, Enterprise cites a number of concerns with the proposed rule, particularly its detrimental effect on investor willingness to finance projects developed using the AIT. 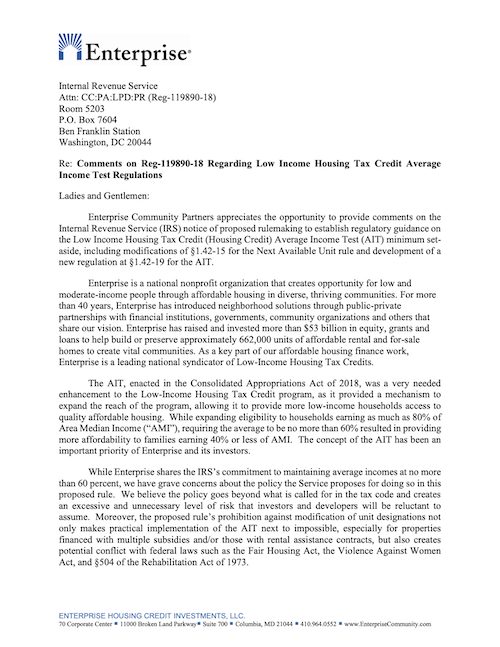