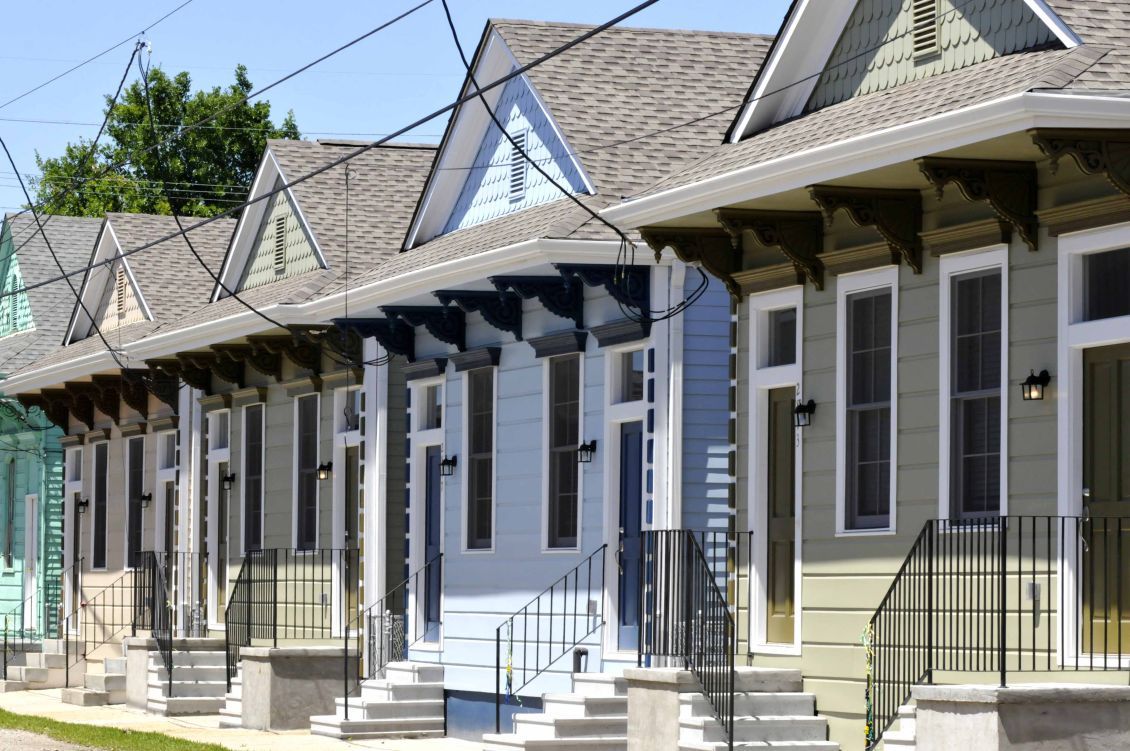 Included in the Tax Cut and Jobs Act of 2017, the Opportunity Zone (OZ) program was created to spur investment in low-income neighborhoods that were traditionally underserved by private capital. The program provides a tax incentive for the development of residential or commercial spaces to attract new jobs and residents to these communities. In the three years since it was launched, there are already at least 927 Qualified Opportunity Funds launched with over $15 billion in equity raised.

Yet from the start, concerns have been raised about whether OZ investments would concentrate in neighborhoods already primed for investment, rather than targeting communities most in need. The process for selecting OZs – whereby governors from all 50 states and six territories chose up to one-quarter of all qualified Census tracts (QCTs) based on the presence of or proximity to areas of high poverty and low household incomes – meant some eligible neighborhoods were excluded in favor of those deemed more likely to attract sufficient investment, including some already undergoing a transformation.

The analysis below offers some means for assessing designated OZs relative to some commonly used measures of recent neighborhood change. Specifically, it uses Enterprise’s Gentrification Comparison Tool (GCT) to gauge how tracts able to receive OZ investments align with the neighborhood typologies identified for 93 cities under different definitions of gentrification. This analysis finds most OZs meet the criteria for tracts eligible to gentrify as of 2010 under all three definitions, though around one-sixth of these OZs would be considered gentrified already as of 2013-2017, before the OZ program was implemented.

A Quick Primer on OZs, QCTs, and the GCT

Before delving into the details of this analysis, it is worth reviewing a few details about OZs and the three definitions of gentrification included in the GCT.

Most OZs are QCTs, meaning they have poverty rates above 20 percent or median family incomes (MFI) below a set threshold, which for most neighborhoods is 80 percent of the metro or state MFI, as measured by the 2015 American Community Survey (ACS). Up to one-quarter of all QCTs in a state or territory may be designated as OZs, though up to 5 percent of all OZs may alternatively be selected from among moderate-income communities if they are contiguous to a QCT. Nationally, over 8,700 tracts were approved for designation as OZs, home to over 35 million people.

An analysis by the Economic Innovation Group confirms that OZs overall have higher poverty rates, lower median incomes, a higher share of residents of color, and lower employment and educational attainment rates relative to QCTs that were not designated as OZs. This would suggest that designated OZs are those neighborhoods most in need of investment and revitalization, though broad averages likely mask significant variation in the true economic conditions of these communities.

The three definitions presented in the GCT, meanwhile, use different metrics to assess the eligibility and status of neighborhoods for gentrification, as summarized in the table below.

Variables and Criteria Used to Define Gentrification Eligibility and Occurrence

The first definition is the most restrictive in its eligibility requirement, allowing only the bottom 5th of tracts nationally to qualify for gentrification. The second definition shown above is more permissive, using both a metro-specific standard and a higher 70%-of-median-income threshold for classifying a ‘low-income’ tract. The last definition is the most liberal with respect to income limits, considering all tracts that are below their metro area median income to have the potential to gentrify, though this definition places the additional criteria of having below metro-area median share of new housing built in prior 20 years. With respect to the conditions under which each definition considers gentrification to have occurred, meanwhile, the ‘Median Income Plus’ method is the most restrictive and the ‘20th Percentile’ approach is the least.

With such different metrics, thresholds, and geographic requirements, it is no surprise that the sets of eligible and gentrified tracts identified in the GCT would vary by definition. Indeed, across the 93 cities evaluated in the GCT, the number of eligible and gentrified tracts is nearly double under the ‘Median Income Plus’ definition relative to the other two.

Tracts in 93 Cities by Gentrification Status Under Three Definitions

Despite this variation in degree of gentrification, all three definitions are remarkably similar in their categorization of designated OZs. Specifically, when compared in 2010 to these three definitions, between 59 and 68 percent of OZs were considered low-income and/or disinvested enough to be eligible to gentrify. However, 16-17 percent of these tracts (9-12 percent of all OZs) also met the criteria under all three definitions for neighborhoods that may have gentrified over the following 3-7 years, suggesting that some investment and revitalization had already occurred in these areas by the time the OZ program was approved.

It is also worth noting that, under the three definitions, between 32 to 41 percent of OZs in the 93 cities fell within the ineligible to gentrify category, indicating economic conditions in 2010 that were above thresholds for a gentrifiable neighborhood.

Opportunity Zones in 93 cities by Gentrification Status Under Three Definitions

Does this mean that some OZs are not really low-income communities that can benefit from increased private investment? Not necessarily. For example, a neighborhood could be not eligible to gentrify and still be considered a QCT/OZ if it has a bimodal distribution of households by income, that is, large enough numbers of both low- and high-income households such that the high poverty rate condition for a QCT is met, but the income thresholds under any of the gentrification definitions are too low relative to the tract income when assessed across the whole population. This is especially plausible with the McKinnish definition, which uses a national income standard that may disqualify tracts with low-incomes relative to a higher metro median.

It is also important to note that definitions of gentrification are subjective assessments of a neighborhood’s economic and residential conditions, based on a small number of variables and assumptions about what they represent, as well as hard line thresholds that produce binomial results with no room for nuance or context. These definitions also cannot account for the dynamic nature of neighborhoods and their residents, which can and do change over time and may reflect different conditions at the time of an OZ investment than they did a decade ago.

Regardless of whether an Opportunity Zone meets one of the definitions above for a gentrified neighborhood, investments made under the OZ program have the potential to bring valuable housing and economic activity to a range of communities. What will determine the success of the program, however, is how well these activities meet the needs of each community.

Mission-based investors in Opportunity Zone Funds should look for projects that offer more than a quick non-housing construction project (e.g. parking garages) or serve a purpose that does not benefit the residents of the neighborhood (e.g. luxury hotels). They should instead focus on those that will bring long-term and good paying jobs, affordable and quality housing, and upgrades to community spaces and institutions to preserve them as effective anchors in their neighborhoods.

Opportunity Zone investments also need to be flexible to changes in community conditions, including potential gentrification of the neighborhood and the risk of displacement among existing residents. The GCT analysis shows that neighborhoods are rarely static and can cycle through many different stages over time. Even those that appear as gentrified under one definition can sometimes remain low-income with the potential to gentrify further. Investments with the potential to stabilize neighborhoods, such as designated affordable housing, can mitigate some of this fluctuation and ensure communities benefit from tax incentives.

For more information and guidance on Opportunity Zones and OZ investments, check out Enterprise’s Opportunity Zones landing page. You can also stay up to date with the latest news on Opportunity zones through our blog posts and by signing up to receive our Today In Housing and Capitol Express e-mail newsletters.