Rick Lazio is senior vice president at alliantgroup, L.P., a Houston-based national provider of specialty tax consulting services, specializing in qualifying U.S. companies for various state, local and federal tax credits and incentives. He also serves as of counsel for Jones Walker LLP, a national law firm which provides a comprehensive range of legal services to a national and international corporate client base in highly regulated industries.

He was elected to the United States Congress where he served four terms in the U.S. House of Representatives; he was appointed deputy majority whip and assistant majority leader. A former prosecutor and private attorney, Rick previously served as president and CEO of the Financial Services Forum, a public policy organization comprised of the chief executives of 20 of the largest global financial services firms. Subsequently, he was named to the Executive Committee of JPMorgan Chase, a Fortune 50 Company, where he served as executive vice president and later managing director in the bank’s asset management division. He is active as a director on numerous civic, philanthropic and public company boards. 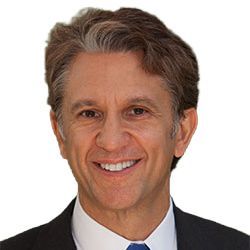