Prior to joining Enterprise,  David was a program manager for a single-family housing program at the AFL-CIO Housing Investment Trust. Before joining the trust, David was a financial and programs advisor at the Community Development Financial Institutions (CDFI) Fund. Before that, he worked in the office of U.S. Senator Barbara A. Mikulski, at the time the ranking member of the Senate VA-HUD Appropriations Committee.

David earned his bachelor’s degree from the University of Virginia and his Master of Divinity degree from Howard University. He is an ordained minister and the founder of the all-volunteer NO MURDERS DC movement, launched in 2000. 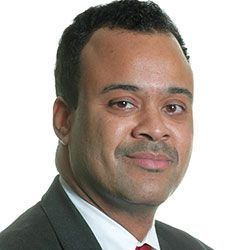