Say a little bit about the work that you do at Atlanta Neighborhood Development Partnership, Inc. 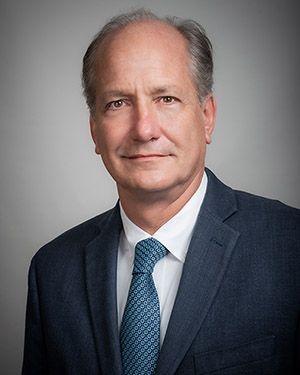 Now in our 31st year of operation, Atlanta Neighborhood Development Partnership, Inc. develops, finances, and advocates for affordable housing at scale that promotes racial equity and healthy communities where families thrive. To bring this work to fruition, ANDP raises capital and engages in partnerships to develop affordable single-family and multifamily housing, lends to affordable housing projects through the ANDP Loan Fund and equips neighborhood leaders through community engagement efforts.

Over the past decade, ANDP has grown the scale of its single-family development, which seeks to close race-based homeownership and wealth gaps. Today, ANDP is executing a five-year plan to develop 2,000 affordable homes and apartments.

Since initiating a six-home foreclosure response pilot in 2008, ANDP has honed innovative development and capital models to scale our single-family home production. We partner with small private builders to share risks, lower capital and other development costs and respond to opportunities to grow scale. In our model, small, locally-based Black and other undercapitalized builders utilize ANDP’s capital but still share in profits and loss risks.

To support this work, ANDP has grown an internal $20 million rotating capital fund which eliminates the need for construction financing. These dollars help leverage critically needed Capital Magnet and New Markets Tax Credits (NMTC) subsidy. We have secured four NMTC sub-allocations totaling $40 million in the last five years, including the 2021 award of $10.5 million from Enterprise.

How have Section 4 funds been impactful for your organization?

Our growing scale and impact would not be possible without attention to our capacity. Support from Enterprise’s Section 4 grant strengthens our staff capacity in single-family and multifamily development. But it’s not just about ANDP’s growth and capacity; Enterprise has been instrumental in fostering a collaborative and supportive culture among Atlanta’s nonprofit developers and CDFIs. Multiple organizations are producing more thanks to the establishment of a Funders’ Collective and successful policy initiatives leading to increased local funding. New funding, growth in capacity and new players on the scene have collectively resulted in a four-fold increase in nonprofit production in the last five years.

Thanks to Enterprise’s continued faith in our model, we are now approaching 220 homes developed using NMTCs. ANDP is partnering with Westside Future Fund and other nonprofits to build and sell affordable homes in Atlanta’s westside neighborhoods. As noted in the April 2022 issue of Novogradac Journal of Tax Credits, the Enterprise transaction in Atlanta shows promise and demonstrates the value of using NMTCs to increase homeownership.

Tell us a little bit about what is coming up for ANDP.

We are excited about increasing homeownership opportunities and the impact that has on a family’s financial trajectory. Previous ANDP homebuyers living in their homes for five years or more have increased their wealth by $135,000. On average, 90 percent of all ANDP homeowners have retained their ownership for more than five years – creating stable, affordable environments for their families. In addition to generating Black wealth through stable homeownership, our campaign to create and preserve 2,000 affordable homes by 2025 will invest more than $50 million in Black-owned residential contracting firms, subcontractors and vendors in partnership investments, direct contracts and low-cost loans.

Our multifamily development has also increased its scale. Through our five-year campaign, we aim to develop 1,250 affordable apartments. And we’re focusing on the long-term preservation of these new units. Going forward, ANDP’s multifamily development will utilize land leases and other models to extend affordability behind minimum compliance requirements.

What else should people know about ANDP?

Beyond Metro Atlanta, Enterprise joined ANDP, NeighborWorks Columbus, Reinvestment Fund and Southwest Georgia United to create the CDFI Coalition Revolving Fund (CCRF). In 2019, the Georgia Department of Community Affairs (DCA) granted CCRF $8 million in Tax Credit Assistance Payment (TCAP) fund. The first round of capital has been fully deployed to support the acquisition, construction, and rehabilitation of six multifamily projects featuring 405 affordable housing units across Georgia.
In every way possible, Enterprise continues to be a great collaborator in metro Atlanta and Georgia. We’re proud to partner with Southeast market staff, including ANDP Board Member Sara Haas, Meaghan Shannon-Vlkovic and the entire team.