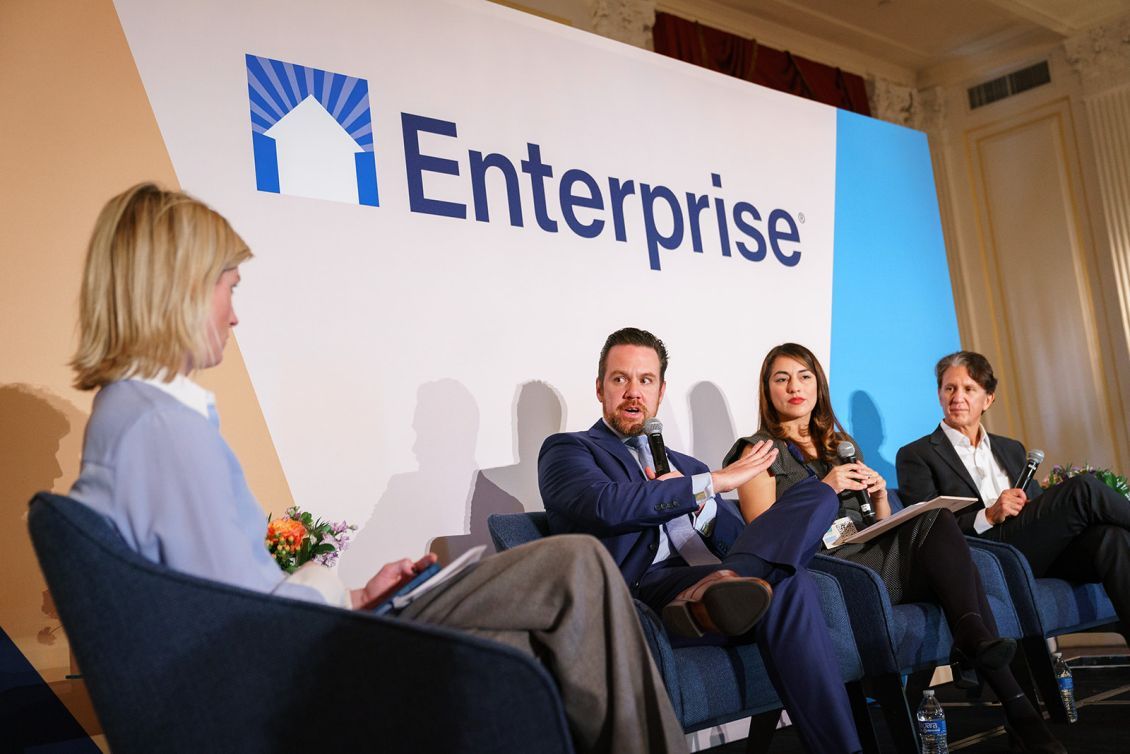 Housing is the single biggest driver of inflation, the heaviest expense for most renters and owners each month, and a topic of conversation at kitchen tables across the country. So why aren’t political candidates talking more about housing and the affordable housing crisis?

That was a central question when experts gathered in Washington, D.C., on October 20 to talk about the impact of midterm elections on the housing landscape as part of Enterprise’s 40th anniversary celebration.

The panelists agreed that the election would be tight, and that we can expect a certain amount of gridlock – with no clear mandate for housing. “In either scenario, there’s no mandate,” said Limón, as the other panelists nodded in agreement. “Everybody knows the appreciation of rents and housing prices are off the roof and there’s a housing shortage, but nobody agrees on how to address it.”

The most important races to watch, panelists agreed, include those in Nevada and Georgia, where the incumbents sit on the Senate Banking Committee and have built strong relationships with housing advocates.

The wide-ranging discussion also looked beyond the midterms, focusing on areas for political consensus post-election, as well as ways to encourage more national dialogue around key housing issues.

Here are four key policy themes to watch as midterms approach and beyond, according to the panelists:

To stay up to date on the midterm elections and their impact on housing, subscribe to Enterprise’s Today in Housing and Capitol Express newsletters.