Prior to joining Enterprise in 2014, Judi led the Low Income Investment Fund’s Eastern and Central region. She also previously served as director of Nonprofit Finance in Citibank Community Development and spent six years in Citigroup’s Corporate and Investment Bank.

Judi serves on numerous boards including the Center for New York City Neighborhoods and Selfhelp Realty Group, as well as advisory boards for Goldman Sachs and Jonathan Rose Companies. In 2014, she was invited to serve on the Mayor’s Housing New York Implementation Advisory Board and the Mayor’s Office of Sustainability Technical Working Group; in 2016, she was appointed to the Mayor’s Supportive Housing Task Force.

Judi graduated from Kenyon College with a bachelor’s degree in psychology and received her MBA from the Kellogg School of Management, Northwestern University. 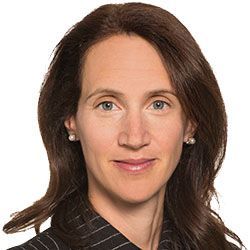