Harold has spent his career in economic development, with nearly 20 years of experience in small business development, venture capital investing, transportation and transit, workforce development and public sector management. Prior to joining Wacif, Harold was the director of entrepreneurship at Prosperity Now, where he led the organization’s national efforts to advance policies and programs that increase business success for low-and moderate-income microbusiness owners throughout the United States. In addition, Harold has served as an advisor to the World Bank on private sector, small business development, and business licensing strategies in Somaliland and greater Somalia, and served as an advisor to National League of Cities advising cities across the country on equitable development strategies.

From 2011 to 2013, Harold served as the fifth director of Washington, D.C.’s Department of Small and Local Business Development (DSLBD) where he led the agency through its most aggressive expansion of small business financing and program services in the agency’s history. From 2009 through 2011, Harold served as the city’s leading regulatory official for licensing and regulation as the administrator for the Business and Professional Licensing Administration at the Department of Consumer and Regulatory Affairs (DCRA).

Harold is a member of 2021 Leadership Greater Washington, 2017 OFN Opportunity Fellow, 2016 Common Future Local Economy Fellow, 2015 Next City Vanguard, and was honored with public service appointments in Washington, D.C., as a Capital City Fellow during the administration of Mayor Anthony Williams, and as New York City Urban Fellow with the City of New York in the administration of Mayor Michael Bloomberg earlier in his career. Harold has received numerous professional accolades including the 2016 Leadership Center for Excellence’s 40 Under Forty, 2016 NC State Alumni Association’s Outstanding Young Alumnus Award, Development Counsellors International’s inaugural 40 Under Forty in economic development 2013, and 2011 Envest Foundation’s Top 40 Under Forty award.

Harold has a Master of Urban Planning from New York University, and a B.A. in Political Science from North Carolina State University, where he has also served as a member of the university’s board of trustees. 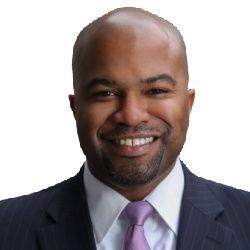